I call it the "Ping-Pong Rule."

In ping-pong, we're facing an opponent on the other side of the table who's sole purpose is to hit the ball back to us in such a way that we can't hit it back to them.  Our goal then, is to not only handle whatever they hit back at us with ease, but to return the ball in such a way that they're forced to hit easier shots back at us.

To put it in terms of our banking careers, whatever prospecting activities we undertake (or don't undertake) today, will come back at us tomorrow.  It's up to us to determine how hard it's going to be to hit the ball back again...and that's what this week's Windshield Wisdom is all about.

1.  Successful bankers avoid the stress of boom or bust prospecting routines that plague their less successful competitors.  They understand that every day they need to be putting themselves out...

Windshield Wisdom #63 - Why do we make networking so hard?

This was my home for the last 2 weeks...and it was fantastic! 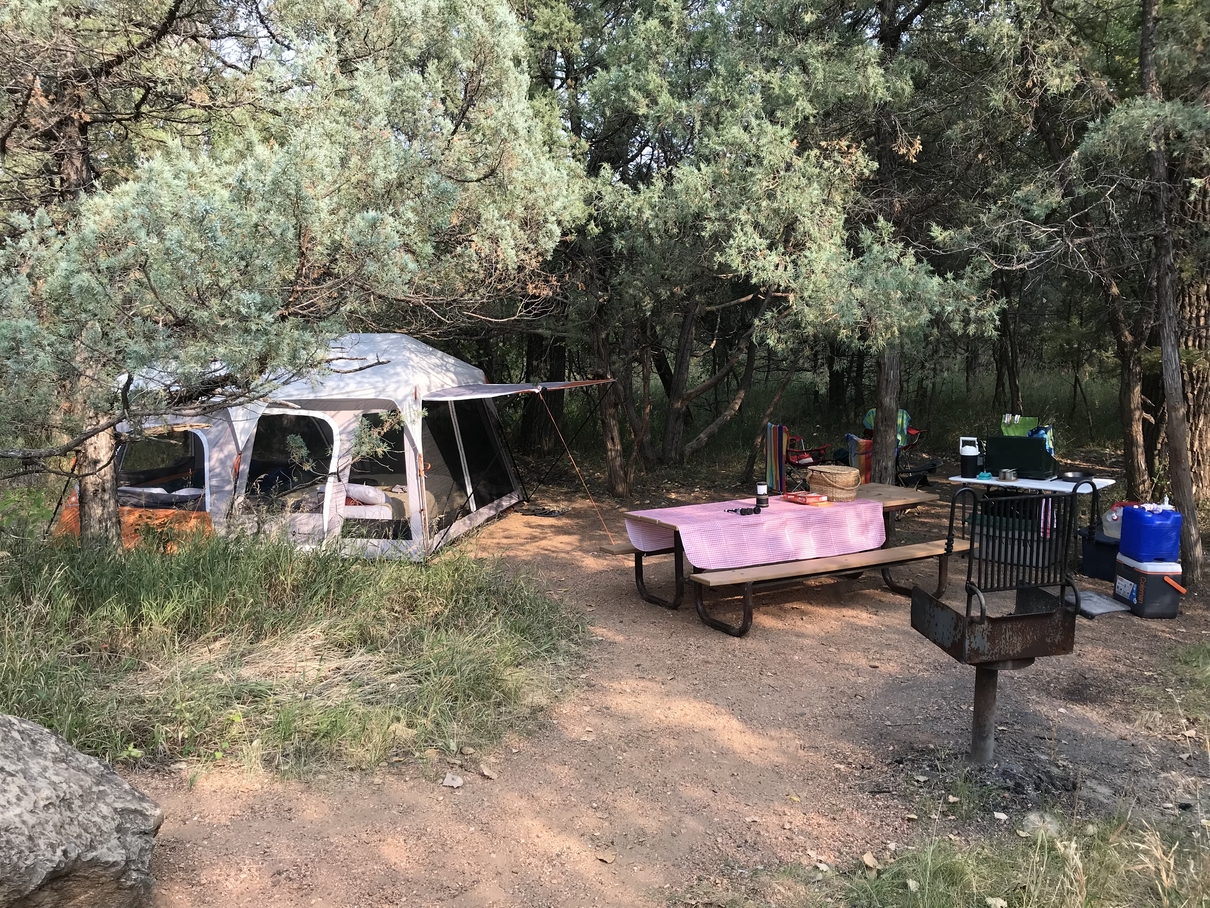 For some of you, roughing it in a tent may not be your thing, but let me tell you what, I met some of the nicest people, and had some surprising conversations, while walking around the campground or when hiking on trails in the backcountry.

All of this got me thinking, why do we make networking so hard?  After all, I had meaningful conversations with people from all over the world by following 3 simple rules of the trail...and that's what this week's video is all about.

1.  When you're networking, take the pressure off by simply being interested in the stories and experiences of the person in front of you.

2.  When in doubt, ask them questions about what they're sharing.  It may be cliche, but most people really do like to talk about themselves if the questions are appropriate.

In case you're wondering how ideas like this happen...

As it turns out, my boat was the perfect place to create a piece of wisdom that allowed her to find a prospecting solution we all can use...and that's what this week's video is about.

1.  It's not just enough to put yourself out there and network.  The biggest fish are found at specific locations...the "spot-on-the-spot".

2.  You will find customers by working through the same sales process every time, but the number of big fish you catch goes up when that process is aligned with what gets their attention on that specific day.

A lot of banking professionals I see put the cart before the horse when they're out looking for good prospects, but you know there are other triggers that have to come first...and that's what this week's Windshield Wisdom is all about.

1.  All too often, when we're prospecting what we're really doing is looking for deals we can add to our pipeline.

2.  Problem is, because we're coming into the prospect's buying cycle later, those deals are often a lot less likely to close.  We're setting ourselves up to be at a competitive disadvantage...where rate, term, or factors beyond your expertise and value, are the most likely differentiating factors.

3.  Successful bankers don't play that game if they have a choice.  Instead, they look for prospects earlier in the buying cycle and create engagement which attracts customers to their personal brand.

Matt Middendorp is a nationally acclaimed speaker and sales coach with...

As a toddler, my middle child would roll off the couch, cry, climb back up, and then roll off again to see if it hurt as much the second time.  Eventually he learned that if he put a pillow on the floor it wouldn't hurt every time he rolled off...just on the occasions when he missed the pillow.

Which was more often that you would think.

Cold calling is kind of like my middle child...eventually even he figured out the pain wasn't worth the reward.

Fortunately, I found an easier, far more efficient way to reach prospects earlier in the buying process...and that's what this week's video is all about.

1. Making sure the right people are attending the same networking events you are can save you an incredible amount of time and energy connecting with prospects who matter.

2. Making calls to prospects, customers, as well as Centers of Influence, and inviting them to the event so you can "buy them a drink" is a great, low...

Six words to Make an Impression (and Introduce Yourself With Impact)

You wouldn’t think developing short introductions would get me this excited…but that’s exactly what some of my students did today. This week’s video is about a clever little trick we came up with that instantly cured an important problem we bankers face (and how you can use it to get people's attention when networking).

Matt Middendorp is a nationally acclaimed speaker and sales coach with over 20 years of experience turning connections into customers and advocates.  In 2013, Matt founded Sales Math, and debuted his “Formula for...

Are You A Business Card Ninja?

Did you like my Wisdom? Please share it with someone who isn't going all Ninja with their business card at your next networking event.  - Matt

I was meeting with a potential customer the other day, and came across a misconception I see pretty consistently in my classes and at networking events.  You see, when I asked this prospect where he's going to find new customers he boasted about the progress he has made in his networking efforts.  So, being a curious type I asked one more question, "How do you define success when you're networking?"

The response, "I handed out 20 business cards last night.  That's 20 more people who now know how to find me."

Not wanting to appear like an insufferable know-it-all at our first meeting (I usually save that for after the contract is signed), I dug in a little deeper.  "How often do you network, and is 20 cards going out a normal night?"

Customers Are Expecting a Different Experience.  Are Your Sales Tactics Keeping Up?

Did you like my Wisdom? Please share it with someone who has always strives to be a true partner with their clients, and is looking for sales tactics that will help them get there more quickly and easily. - Matt

I've spent the last few weeks playing mad scientist with some of my favorite sales tactics.  You see I had started noticing some trends when I've been out networking and on Do Together sessions with clients.

Windshield Wisdom #20: A Story Too Good Not To Share

The One Sales Skill No One Can Fake, Copy, or Steal from You

Did you like my Wisdom?  If so, please share it with your friends and colleagues so they can learn how sharing their passion, and pulling out the passion of others, can lead to getting noticed by people who matter.  -Matt

Every so often something happens in business that is absolutely remarkable despite its innocent simplicity.  I had a moment like that today, and there's a sales lesson worth sharing from the story.  Over the years I've discovered the absolute value of certain personal characteristics that cannot be faked, duplicated, or stolen. Enjoy this week's Windshield Wisdom.

So, how important is it in sales to do the right thing even when you think you don't have to?

I wanted to take a moment during this Windshield Wisdom today to tell a neat story of something that happened to me today.  So, I was at a networking event.  This networking event was in...

Putting for Dough: 5 Rules For Combining Sales and Golf 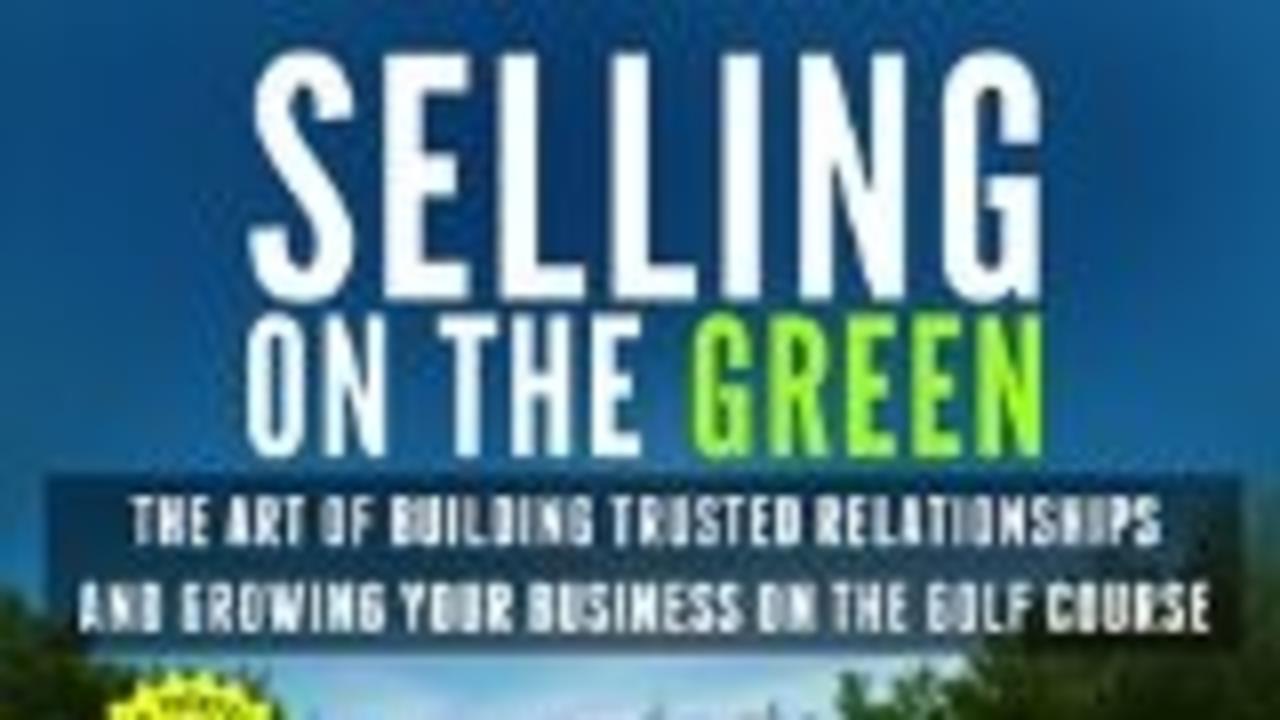 Any sales person worth their salt will tell you that the cornerstone of sales success is building quality, lasting relationships.  The beautiful part of that statement is, in the modern world, there are almost unlimited ways to connect with people on an individual level and nurture insight and trust.  Given the explosion of social media, networking groups, and events designed to facilitate this process, we sometimes lose sight of the obvious opportunities to bring people together in a less formal setting.  Golf is a classic example of this type of environment.  At its core, “the back 9” was made for building relationships and making deals happen.

I recommend my clients use golf to build relationships in one of three ways.

Golf is a great tool for building relationships with prospects.

When I was in banking, one of my commercial bankers was a master at using golf to build relationships with the right...

Enter your best email to get free Windshield Wisdom updates from me.

I promise no spam!

Enter your info to receive the best sales advice designed only with bankers in mind...